Mike has openings on Tuesday, Wednesday and Thursday between 3 and 7:30PM! 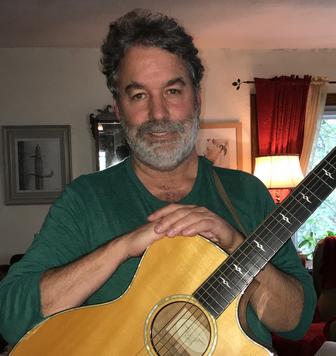 Here’s a bit of my history as a 60 year old musician. I began taking guitar lessons when I was 8 years old. I got a bachelor’s degree in Guitar Performance from the University of Redlands in 1986. My focus was on learning my instrument well so that I could then compose songs and instrumentals more freely. I learned a lot of classical pieces to build my dexterity with both my hands and mind. I also played rhythms in the University jazz band for about 3 years. I intensely studied music theory for about 5 years while earning my degree and know far more theory than I have ever used, but still I make discoveries and connections almost everyday which keep playing and learning more about the guitar and music exciting for me. I have taught at Andy Penn’s, the 5thString, the Davis Music store, and McKinley Montessori. Also I just retired from being an elementary school teacher for 30 years.

My music led me to songwriting where I have found my musical home so to speak. I simply love writing songs. I enjoy creating new chord progressions, melodies, and writing lyrics. I became a poet to be a better lyricist and have poems published in many places. I am also a consultant to the National Writing Project which has helped my abilities as a lyricist.

All of this lifetime of experience has made me into a dedicated guitarist and songwriter who loves to teach it to others. I can also teach the ukulele which is identical to a certain section of the guitar. I can also teach theory as it relates to any fretted instrument such as bass, mandolin, ukulele, and of course guitar I would also love to teach all interested songwriters and those wishing to be songwriters.